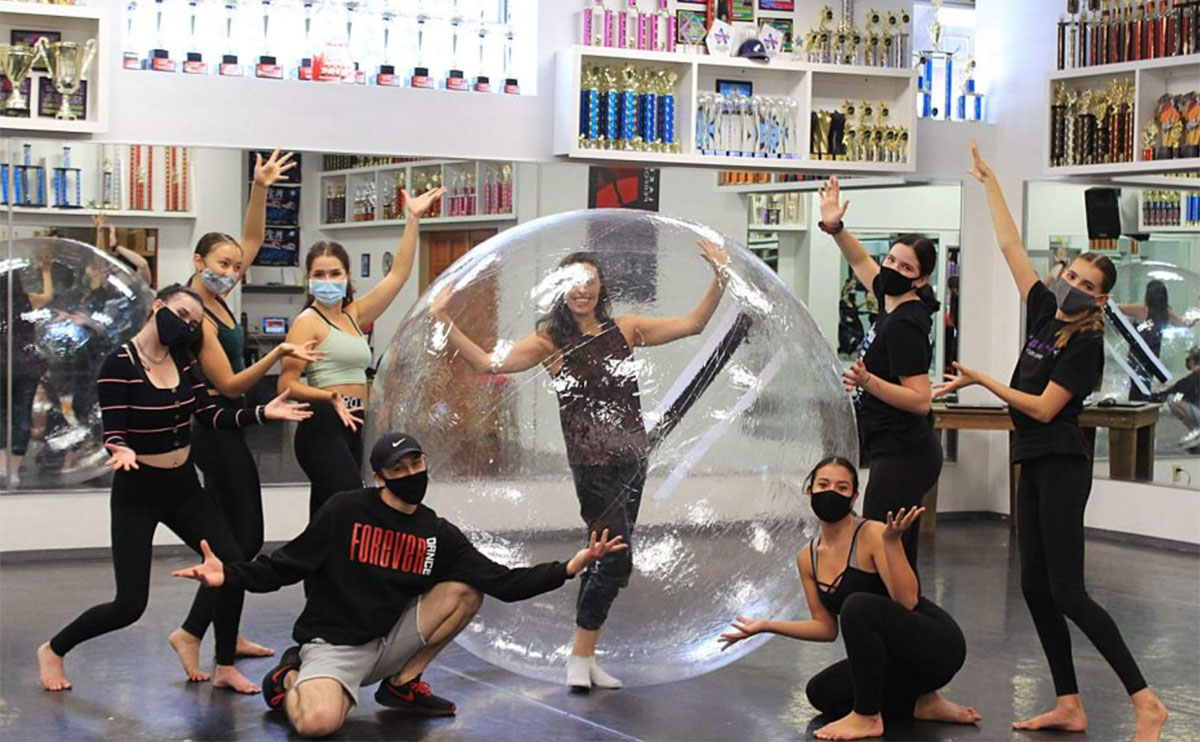 ZEPHYR COVE, Nev. — A film crew from San Francisco, Siege Media, will be filming a music video for “SnowGlobe,” a single by Lake Tahoe native Shannon Rugani, also known as Empress. The video will be filmed Sunday, Nov. 15, at a private residence near Zephyr Cove and feature local dancers from Forever Dance.

The all day shoot will use inflatable Zorb Balls, which are comparable to human-sized hamsters balls, on the shore and on the lake. Scenes will be shot from cameras and drones. Rugani says this might just be the most COVID-19 safe music video ever made.

Rugani, formerly Shannon Roberts, grew up in South Lake Tahoe. At 6 years old she realized her love of dancing and by 7 she had already drafted a list of her future goals, which included being a ballerina, a singer and an actress.

With limited options in South Lake Tahoe for dance studios, Rugani practiced all around the basin. One studio in particular was Dance Visions, now called Forever Dance, where her skills evolved.

Through this experience, she had a breakthrough as an artist. She said she transcended from the silent world of dance to express herself through singing.

This breakthrough helped her find her own as an artist by combining words, dance and storytelling to create her own narrative.

Rugani said she found herself always being the “ballerina” in her broadway groups and the “broadway star” in her ballerina groups.

“Instead of being the canvas for another artist to paint, I wanted to be the painter,” she said.

Not only was Empress her stage name but it gave her own autonomy to “own her own crown” as she refers to it.

Rugani performed as royalty so much on stage, that this title was fitting.

“Music has always been the backbone of my career,” said Rugani.

She said for years she was seeking happiness from her accomplishments instead of from within. When she found that her happiness is created from inside, she shifted her outlook which helped her imagine the video she wanted to create for her song “SnowGlobe.”

The song tells the story of how she found her place in the world. While she wrote the song a few years back, Rugani found a music producer, Bart Schoudel, who helped her create “everything she wanted from the song.”

For the video, Rugani decided to get back to her roots and film the video near Zephyr Cove.

“Everything I needed was here,” she said.

She also chose Dino Elias, a Tahoe choreographer. Rugani knew Elias back when she was about 7 years old from Forever Dance.

“I was welcomed back to the dance studio I grew up going to,” she said.

Together, they chose six girls from Forever Dance to be featured in the video.

“It’s so cool to be able to help these girls reach their fullest potential and see the evolution of dance in Tahoe,” she said.

Rugani explained that it is difficult to get a job with no experience in the professional dancing world and she is happy to give the opportunity to local girls to be able to give them this experience.

They plan to release the video Friday, Dec. 4 on all streaming platforms.

“I am happy to be home and the community has been so welcoming,” she said.